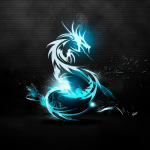 Here are my top 10 favorite characters from Naruto and the reason why I think they are awesome:

10) Jiraiya: He is a Sannin after all, and I think Sannins are awesome, like Jiraiya!

9) Minato Namikaze: Naruto's dad and a member of the Namikaze Clan, as well as the Fourth Hokage. He has some pretty strong attacks!

8) Kakashi Hatake: A member of the Hatake Clan and a Jonin. His lightning attacks are hecka cool!

7) Nagato: A member of the Uzumaki Clan and a meber of the Akatsuki. He has the Rinnegan...Nuff said.

6) Itachi Uchiha: A spy for Konoha who spied on Akatsuki and a member of the Uchiha Clan. He has the Mngekyo Sharingan which is red in color and super powerful!

5) Kankuro: Sibling of Gaara and Temari and a Jonin. He has cool and powerful looking puppets which he uses to fight!

4) Sasuke Uchiha: A member of the Uchiha Clan. He is also the brother of Itachi Uchiha!

3) Deidara: A member of the Akatsuki. He has a super cool left eye scope!

2) Gaara: A younger sibling of Temari and Kankuro. He is very strong and is hard to beat!

1) Naruto Uzumaki: The main protagonist and title character of the series and a member of the Uzumaki Clan. I bet everyone who likes the Naruto series has Naruto on their favorites list and is rasenshuriken is AWESOME!

I think the following characters from bleach are awesome:

(10) Grimmjow Jeagerjaquez: He is pretty darn awesome and can fight with ichigo nearly on par with him as well as being the sexta espada.

(9) Uryu Ishida: He's kind of strong and is very fast. I think if he was a Vandenreich, Soul Society would have more trouble.

(8) Coyote Starrk: He is numero uno espada and unlike the others, he is more calm and more solitude but is pretty powerful.

(7) Nnoitra Gilga: His sword is frikkin awesome and looks like it could behead someone, even better than Izuru's sword.

(6) Shuhei Hisagi: He's skilled and is like a ninja in my opinion.

(5) Ichigo Kurosaki: Main protaginist of Bleach and is one of the most powerful characters in the WHOLE Bleach series.

(4) Renji Abarai: He's cool and his sword can reach about... well, REALLY LONG.

(3) Ulquiorra Cifer: Quatro espada and is strong enough to take on both uryu and ichigo.

(1) Szayel Aporro Granz: He is my profile pic, and his sword release is pretty hard to beat.

Well, that's my list and I'll see you around! :D Leave anything on my talk page that you want to discuss about, that's right, ANYTHING!!! :)

Retrieved from "https://the-german-vespers.fandom.com/wiki/User:Razorvoid13?oldid=5410"
Community content is available under CC-BY-SA unless otherwise noted.