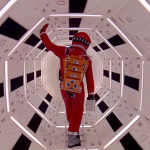 Everybody thought LucianVesper11 was an Ekat, which he wasn't. The reasons why: he did algebra for fun, could program robots, and destroyed science projects by tossing them off a 6-story building. He was a Lucian/Vesper, was not really interested in finding the clues, rather just finding them from home at the computer, and betrayed the cahills by becoming a vesper. He became Vesper 5 by asking Führer Nilem12 on the 39 clues wiki. You can find out more about him on the 39 clues wiki. He is Vesper 3.

1 of 1
Add photo
Retrieved from "https://the-german-vespers.fandom.com/wiki/User:Lucianvesper11?oldid=12495"
Community content is available under CC-BY-SA unless otherwise noted.